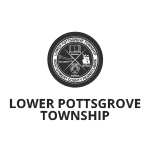 During the past several years, Lower Pottsgrove has experienced a significant amount of growth. Much of this growth is related to the completion of the Pottstown Expressway, or Route 422, which provides improved access to King of Prussia and Philadelphia. This change has prompted the transformation of farmland to residential subdivisions, contributing to the increased population in the Township.

A special overlay district known as the Sanatoga Village District, was created to guide development along High Street, which is the Township’s main street corridor. The goal was to retain the historic character of the area by encouraging compatibility between new construction and neighboring buildings and by providing unified streetscape elements such as paving, landscaping, lighting, and signage. The Sanatoga Village District is an excellent example of the Township’s dedication to the future planning and economic development of the village area.

The name "Pottsgrove" originated from the 18th century estate of John Potts, who built a stone mansion in Stowe. After the American Revolution's Battle of Brandywine in 1777, part of the Potts Estate became an encampment for George Washington's troops. The encampment, known as Camp Pottsgrove, lasted about two weeks until Washington's troops moved on to the battle of Germantown. The name Camp Pottsgrove stayed even after the troops moved out.

Pottsgrove Township formed in 1807 and was subdivided into Upper and Lower Pottsgrove Townships in 1889. At the end of the 19th century, Lower Pottsgrove was well known for its two amusement parks and its country trolley ride. Until the 1940's the Township was primarily rural, except for the small village of Sanatoga situated on the road travelers used to Philadelphia from Reading. Prior to World War II, the government built Jacobs Aircraft. This facility manufactured radial aircraft engines.

Then, during the World War II era, the Firestone Tire and Rubber Company began manufacturing tires at that site to relieve wartime-induced shortages. Firestone closed down and Occidental Chemical Company occupied the facility until its closure in 2005.

Lower Pottsgrove Township is also the home of the Sunnybrook Ballroom and Swim Club. Sunnybrook dates back to 1930 with all of the Big Bands performing there. The ballroom itself could accommodate crowds of over 2,000 people.